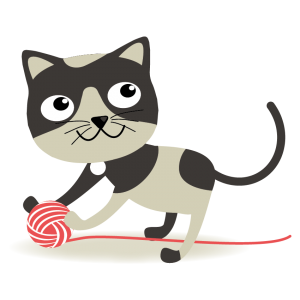 Cats are capable of a hundred different sounds. The dog’s vocal capacity is limited to only ten.

Cats’ purring may be a self-soothing behaviour, since they make this noise when they’re ill or distressed, as well as when they’re happy.

Cats make very little noise when they walk around. The thick, soft pads on their paws allow them to sneak up on their prey — or you!

Cats are amazing jumpers, they can jump up to 7 times their own height.

Just like humans have fingerprints, cats have nose prints. The nose pad of each cat is unique.

There are more than 3000 types of domestic cats, but only 8% are pedigree. In the US, there are more cats than dogs, and people annually spend more on cat food than on baby food.

Cats cannot see directly below their heads that is why they do not see the food when you put it under their nose. Keep this in mind when you’re feeding your kitty.

Cats can run at 30 mph which is faster than gold-winning 100 meter world record champion Usain Bolt. 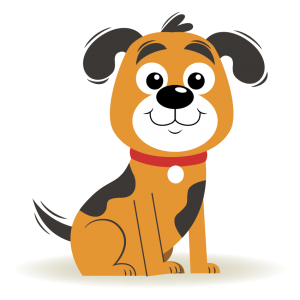 Dogs noses are wet to help them absorb scent chemicals ! The nose secretes a special mucus that helps them absorb the chemicals, they lick their nose to sample them, helping to understand what the smell is.

When dogs kick backward after they go to the bathroom it’s not to cover it up, but to mark their territory, using the scent glands in their feet.

The first dogs were self-domesticated wolves which, at least 12000 years ago, became attracted to the first sites of permanent human habitation.

A dog can locate the source of a sound in 1/600 of a second and can hear sounds four times farther away than a human can.

Paul McCartney of the Beatles recorded a high pitched whistle at the end of “A Day in the Life” for his dog.

Dogs can smell about 1000 times better than humans. While humans have 5 million smell-detecting cells, dogs have more than 220 million. The part of the brain that interprets smell is also four times larger in dogs than in humans.

The Beagle and Collie are the noisiest dog breeds, while the Akbash Dog and the Basenji are quietest

The oldest dog on record was an Australian cattle dog named Bluey who lived 29 years and 5 months. In human years, that is more than 160 years old.

One female dog and her female children could produce 4372 puppies is seven years.

Seeing eye dogs are trained to do their “business” on command. This way their owner can clean it up a bit easier. Some of the popular commands are “get busy” and “go time”.

Top Tips for Keeping your Pet Cool in Hot Weather

Taking your dog on holiday……